The PC-AD2 is a dual stereo analogue input/output and dual stereo AES-3 digital input/output sound card in the PCIe half height format. One of the analogue inputs can be used as a mic input, there is a dedicated AES-11 sync input and also 2 GPIOs. It is fully compatible with the Windows Wave, DirectSound, DirectShow, MCI and Core Audio APIs, supporting audio up to 24 bit, 192kHz.

The PC-AD2 is a professional-quality half-height PCIe audio input-output card, offering both analogue and AES-3 stereo inputs and outputs. It is supplied with a Windows WDM driver to provide full sound card functionality on Windows 7, 8, 8.1, 10 and Windows Server 2008 R2, 2012 and 2012 R2. Many of the modern smaller PC systems only have space for half height PCIe cards  the PC-AD2 card has been designed with this in mind allowing a high channel count in a small format card.

The peak analogue level sets the clipping threshold for the analogue inputs to one of +15, +18, +20, +22 or +24dBu. With the Windows endpoint faders set to maximum, these levels correspond to full scale on the software audio streams.

The cards core sampling rate can be synchronised to an external source chosen from either of the AES-3 inputs, the dedicated AES-11 sync input or by using the inter-card cable (PC-AD2SY) for synchronising to another PC-AD2. 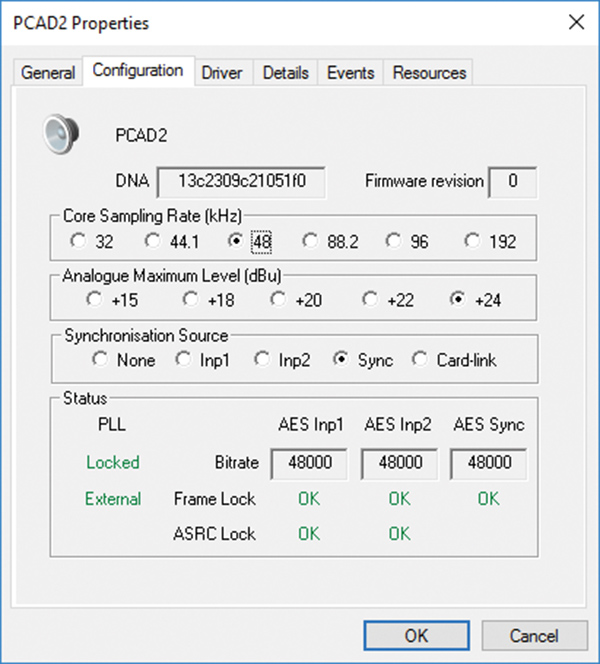 Independent asynchronous sampling rate conversion on the inputs supports rates from 32kHz to 192kHz, while the output rate can be configured as 192kHz, 96kHz, 88.2kHz, 48kHz, 44.1kHz or 32kHz, either free-running or locked to an AES11 reference on any of the digital inputs. Software sampling rate conversion is automatically inserted by Windows when the application rate does not match the hardware rate, ensuring that files of any sample rate can be played and recorded. Extended software bit depths of 32 and 24 bits are supported as well as 16 and 8 bits for playback and recording. For each AES-3 input, the received sampling rate, frame lock and sampling rate converter status is shown.

The playback and recording topology is virtualised because Windows treats each input source as its own endpoint. Endpoints are the physical audio sources and destinations, such as microphones, speakers and line connectors. Each of the PC-AD2 cards physical line inputs is represented by an endpoint device, and as the hardware has separate A/D converters or AES-3 receivers for each one, they can be used simultaneously. A Microphone endpoint is also created which is shared with analogue Line Input 1 endpoint. The Windows mixer API is virtualised for each application, providing just a mute and volume control for each endpoint and affecting only the audio going to and from that application. 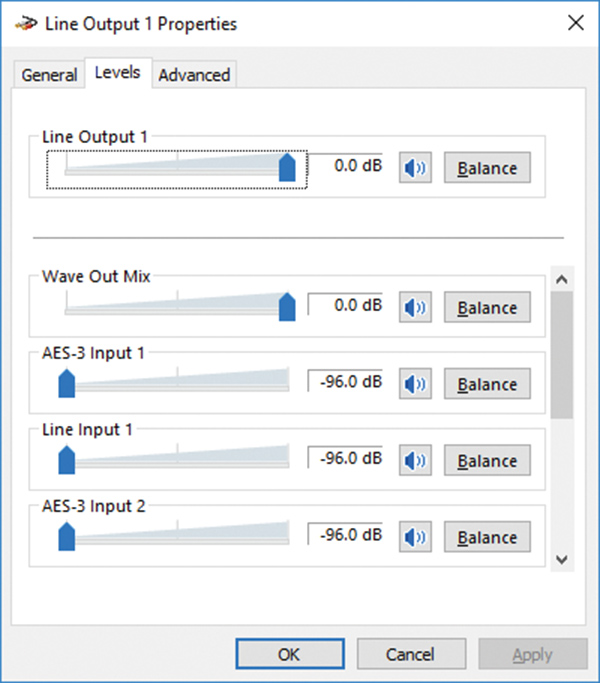 All the standard Windows audio APIs are available including the Core Audio API, Wave, DirectSound, DirectShow, MCI and MIDI playback, as are a variety of audio compression modes via the Windows Audio Compression Manager or other software compression systems.

Multiple cards may be installed in a single PC.

A 44-pin high-density D-type connector to XLRs & 9 pin D-type breakout lead is offered as an option, the PC-AD2BC.

More Information About This Product