The Sonifex Distributor of the Year Awards for 2014-2015 were announced at this year's IBC exhibition in Amsterdam.

Iain Elliott, on behalf of Canford Audio received the Sonifex Distributor of the Year Award for the best UK distributor whilst Clement Choi of Digital Media Technology Co Ltd received it for best export distributor. Marcus Brooke, Managing Director of Sonifex presented the awards to both companies, saying:

"Its an honour for Sonifex to offer these awards in recognition of the hard work and commitment of our distributors and to congratulate both Canford and Digital Media Technology for making this another good year."

Iain Elliott, receiving the award for Canford, said: "We've had a great working relationship with Sonifex for many years and this award cements that relationship even further. Once again the dedication and hard work of the Canford team has made this another profitable year." 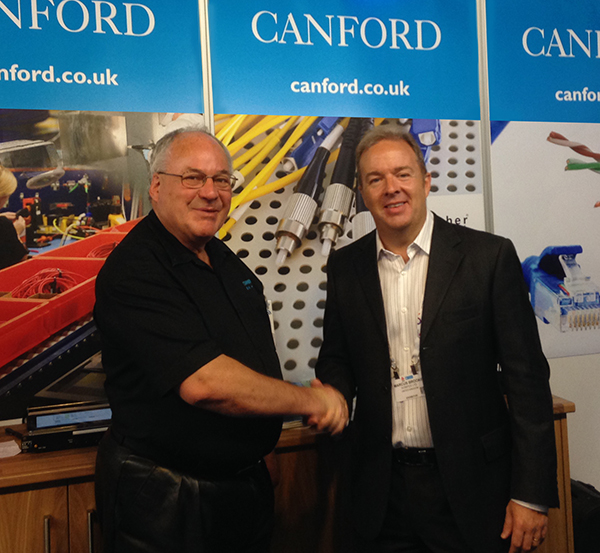 Iain Elliott of Canford, left, received the award from Marcus Brooke of Sonifex. (click on image for high resolution). 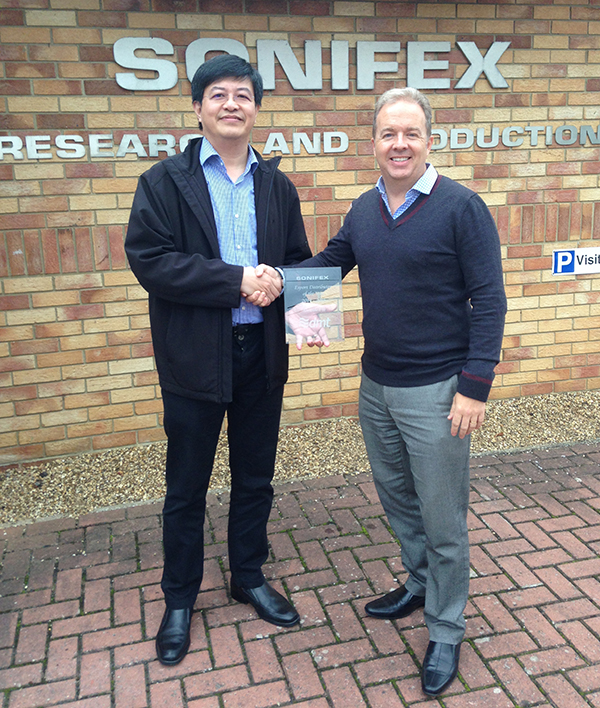