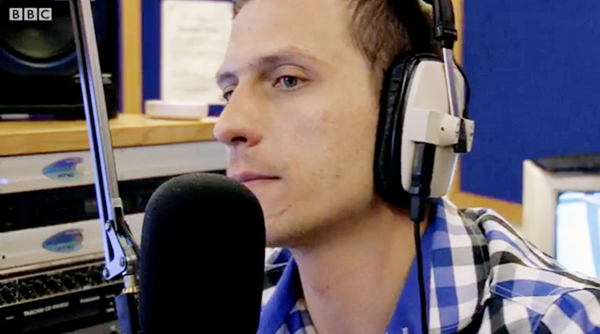 The HY-03 TBU in the Sound of Poland studio. Image ©BBC2.

First broadcast on BBC iPlayer, BBC Two, 9:30PM,  Tuesday, 7th  January  2014, "The Truth About Immigration," is a programme where BBC political editor Nick Robinson examines the public's anxieties about immigration. The programme takes us to The Sound of Poland community radio station in Southampton,  where a Polish radio presenter is interviewed.  A number of camera shots are taken of the radio studio where it is clear to see two Sonifex HY-03 Telephone Hybrids behind the DJ as he broadcasts to the local Polish community.

The HY-03 has low impedance balanced output with output gain adjustment, line limiter, bandpass filter and output noise gate with preset threshold providing low distortion crystal clear audio.  It can also give a mixed output of the caller and mic/line input signals for situations where you want to record both sides of the telephone conversation.